One of the biggest challenges real estate agents and marketing teams face is:

How do we know if our campaigns are going to be effective?

Split-testing, also known as A/B testing, is one of the most effective strategies when it comes to figuring out which campaign will generate the most leads. The practice of Split Testing has been utilized since the days of magazine and newspaper ads, and is commonly used with websites (specifically sales landing pages). In this post, we will explore some of the most important keys to ensuring that your split testing campaign reaps the results you are looking for.

How Does Split-Testing Work?

Split testing is the process of measuring the results of two pieces of advertising which promote the same product or service. The difference between the test pieces can be subtle (different font color/sizes) or complex (two completely different looking campaigns).

For example, let’s say a real estate agent has a target region of 1,000 households they want to reach, and they want to test two different campaigns to see which campaign produces the highest conversion rate.

After creating their direct mail postcards, they send 500 to Group A and another 500 to Group B, and repeat the mailing process every week for 8 weeks.

How To Measure Split-Testing in Direct Mail?

Unlike a website or Google Ad campaign, where click-through rates are easily measured, direct mail presents a different challenge. In the days of print-only advertisements, a unique phone number for each test campaign was the easiest way to determine which campaign would generate the most prospective leads.

The utilization of two different phone numbers is still an effective strategy, and far less expensive than it would have been 20 years ago. When split-testing, one number can be the agent’s cell phone, and the other can be a Google Voice phone number, which can be setup for free with the same area code and even include a voicemail greeting.

If split-testing with different phone numbers seems a bit archaic, a few other options include using separate URLs for each campaign, different QR Codes, or different SMS Short Codes for prospective clients to text.

Ultimately, the goal should be to have a direct mail campaign that achieves the results that will allow you to send one style of postcard to your entire targeted area. However, it is important to understand that split testing is not a one-time ordeal.

A common occurrence, especially for real estate agencies who are just getting started, that two different campaigns achieve zero results. The key is to not be discouraged, figure out where the next campaign can be improved, and try again. Above all else, it is essential to stay consistent throughout the process.

However, once you create that polished direct mail postcard that gets the phone ringing consistently, you can ramp up the scale with confidence.

Have you produced a split-tested direct mail campaign? What was the experience like? Let us know in the comments below.

January 19, 2023 Roofing Marketing Tips
In 2022, the US roofing industry was worth $56.1 billion, and this number is projected to keep growing throughout ...

December 30, 2022 Real Estate Marketing Tips
As a real estate agent, you want to seize every opportunity available to stay in touch with clients and to stay in ...

The Keys to a Successful Mother’s Day Postcard Campaign

Ready To Get Started?

Wise Pelican is completely free to sign up and start designing. No commitment! Customize hundreds of templates with your name, image and brand. 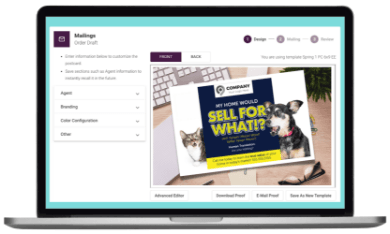 Just $0.77 each, including printing, posting, and mailing. Prints and mails in just days. 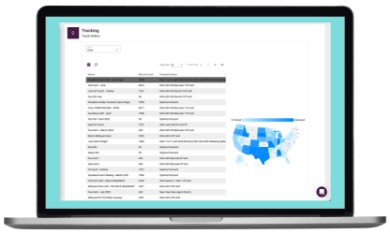